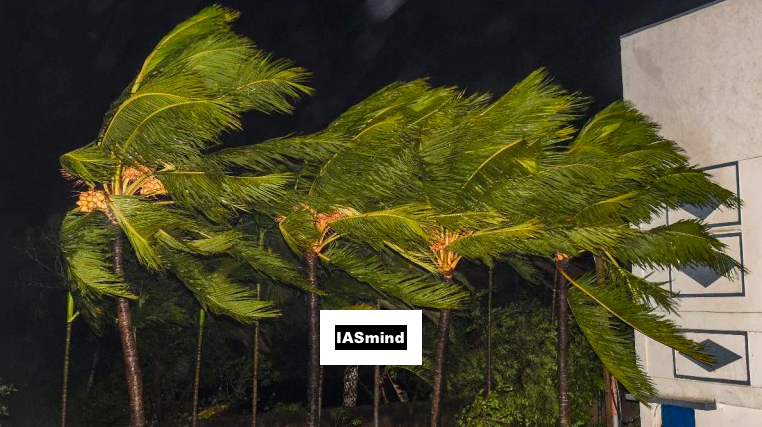 A day after cyclone Bulbul wreaked havoc in the coastal areas of West Bengal (WB), Prime Minister Narendra Modi on Nov 10 spoke to WB CM Mamata Banerjee to took stock of the situation.

Following the telephonic conversation, Modi assured Banerjee of all possible assistance from the Union government. "Spoke to WB CM Mamata Official regarding the situation arising due to Cyclone Bulbul.. I pray for everyone's safety and well-being", PM asserted.

The Prime Minister also reviewed the situation elsewhere in eastern India, where the cyclone conditions and heavy rains have caused massive damage of crop and property.. As per the ANI report, At South 24 Parganas, some 200 people took shelter at Sagar Pilot Station of the Kolkata Port Trust. Villagers were served food by the commander, pilots and staff of the port facility.


Meanwhile, West Bengal Chief Minister announced that her administration rescued 1,64,315 persons from the low lying areas in the coastal districts and at least 75 passengers of a cruise ship in the Bay of Bengal while severe cyclone Bulbul raged on Nov 9.

Governor, West Bengal, Jagdeep Dhankhar stated, "Adverse impact has been contained-thanks to Hon'ble CM leading from the front and there being synergy between State and Central agencies. Appeal to NGOs to particularly come forward and render rehabilitation assistance to the needy," He stated on Nov 10.

Further, While in all coastal districts of West Bengal and Indian Navy, West Bengal Police and Coast Guard have monitoring the situation and State has taken measures, there has been suffering. Time even for NGOs to step in for humanitarian assistance, Governor of WB asserted.

Reviewed the situation in the wake of cyclone conditions and heavy rain in parts of Eastern India.

Spoke to WB CM @MamataOfficial regarding the situation arising due to Cyclone Bulbul. Assured all possible assistance from the Centre. I pray for everyone’s safety and well-being.

The WB Chief Minister also remarked that, there was no report of any human casualty in the coastal districts. Banerjee said a major part of the cyclone had crossed the state and appealed to the people not to venture outdoors till the situation stabilises completely.

Read Also, Principal Secretary to PM holds a high level meeting on Cyclone ‘Bulbul’ with the States of Odisha, West Bengal and Andaman and Nicobar Islands

Although, In the wake of concern expressed by the PM, Narendra Modi, Principal Secretary to PM, Dr. P. K. Mishra helded a high-level meeting on Nov 7 with the States of Odisha, West Bengal and Union Territory of Andaman and Nicobar Islands, to review their preparedness to deal with the situation in view of cyclone storm ‘Bulbul’.

A Red Message was released by the Ministry of Earth Science, On Nov 9, adding It is very likely to weaken gradually, move ‘northeastwards’ and cross West Bengal – Bangladesh Coasts between Sagar Islands (West Bengal) and Khepupara (Bangladesh), across Sunderban delta by late evening/night of 9th November as a Severe Cyclonic Storm with maximum sustained wind speed of 110-120 Kmph gusting to 135 Kmph.

On Nov 10, In the wake of cyclone conditions and heavy rain in parts of Eastern India, PM Reviewed the condition and Spoke to West Bengal CM Mamata Banerjee regarding the situation arising due to Cyclone Bulbul. Assured all possible assistance from the Centre, The PM said in a statement..

Despite all of this, The authorities in Bangladesh had also evacuated around 100,000 people from low-lying coastal villages and islands as a precautionary measure. Let's Prays for everyone’s safety over Cyclone Bulbul.