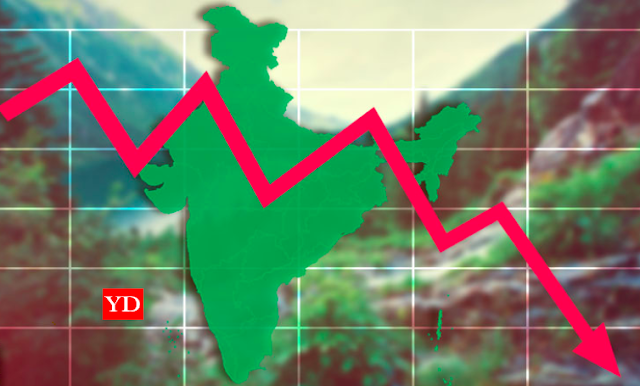 As per 12th edition of the biennial ‘Environment Performance Index’ (EPI) 2020 released by Yale University and Columbia University, India has ranked 168th out of 180 countries in the 2020 EPI, with a score of 27.6 out of 100. Notably, The EPI provides a quantitative basis for comparing, analysing, and understanding environmental performance of the countries based on ‘thirty two’ key sustainability indicators across ‘eleven’ categories and also gives a framework of the recent trends in the field of environmental performance at the national and global levels.

Thus, thirty two indicators were considered to create the ranking. Moreover, On biodiversity and habitat, India places 148th in the globe, failing to maximize the conservation potential of its protected areas, especially in marine ecosystems. Perhaps most critically, India places 106th in the globe on climate change mitigation. In this release, Researchers pointed out that Indias decarbonization agenda requires to accelerate, and the country faces a number of serious environmental health risks, including poor air quality.

As one of the world’s most important emitters of greenhouse gases, India should be applauded for recent gains in renewable energy investments. However, the figure show that India is not on track to decarbonize quickly enough to avoid the worst impacts of climate change. The Low EPI scores for India suggest a need for national sustainability efforts on a number of fronts, including air and water pollution, biodiversity protection, and the transition to a clean energy prospect.

Researchers also noted that, “Meeting the goals set out in the 2015 ‘Paris Climate Change Agreement’ requires sustained cuts in emissions of all greenhouse gases, and the 2020 EPI finds that no country is decarbonizing quickly enough to meet these climate change goals. Some of India’s neighbours do excel on individual greenhouse gas reductions, most notably Sri Lanka on methane and Pakistan on fluorinated gases”, they added.

Following the 2020 EPI jointly released by Yale University and Columbia University, “A biennial scorecard of national results on a range of sustainability issues – Denmark has ranked first in the world, followed by Luxembourg, Switzerland, the United Kingdom, France, Austria, Finland, Sweden, Norway and Germany in the top 10 countries. While Japan has ranked 12th, the United States of America ranks 24th, and China stands at 120th”.

Globally, India comes in near the bottom of the global rankings at 168th place worldwide, and only Afghanistan (178th place) ranks below India in Southern Asia. Leading the region is Bhutan (107th), with relatively high scores in biodiversity and habitat protection. Sri Lanka (109th) and Maldives (127th) round out the top three countries in Southern Asia, followed by Pakistan (142nd), Nepal (145th), and Bangladesh (162nd).

For Air quality, India and Pakistan both rank at the very bottom of the 2020 EPI release, at 179th and 180th places, respectively. By comparison, low air quality also continues to plague China, however its recent pollution controls and other environmental investments have helped it climb to 120th place in the EPI, 48 places ahead of India’s 168th overall ranking, The researchers added.

Although, In EPI 2018, India’s rank was 177 with a score of 30.57 out of 100. Now in its 22nd year, the EPI 2020 report has become the premier metrics framework for global environmental policy analysis, ranking 180 countries on 32 performance indicators across eleven issue categories covering environmental health and ecosystem vitality, Indo-Asian News Service attributed.

Researchers stated in a release that 2020 EPI rankings have long highlighted the environmental challenges that India faces. India’s 168th ranking in the 2020 EPI reflects our improved knowledge about the current state of the world. Ten years ago, these same metrics would have given India a rank of 163rd in the world. It finds essentially no overall improvement in India’s environmental performance over the past decade, though there are gains and losses on individual issues,” The researchers asserted in a statement.

Author: Trilok Singh is with CEO at Youth Darpan.