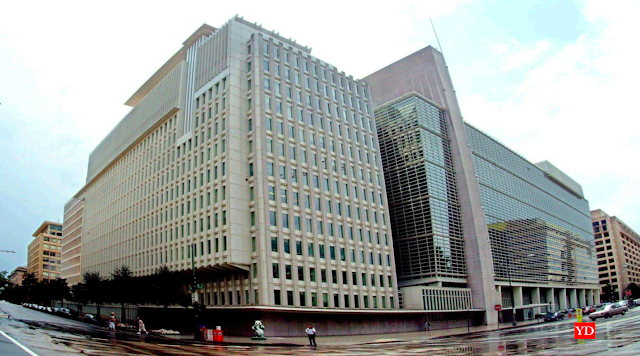 According to World Bank (WB) report on June 8, The global economy, which has plunged into a severe contraction, may shrink by 5.2 per cent in 2020 due to the massive shock of the novel coronavirus pandemic. And the share of economies in recession will be more than 90 per cent, even higher than the proportion of about 85 per cent of countries in recession at the height of the Great Depression of 1930–32.

Meanwhile, WB Prospects Group Director named Ayhan Kose stated that this recession is singular in many respects and is likely to be the deepest one in advanced economies since the WW-II & the first output contraction in emerging & developing economies in at least the past six decades. The speed and depth with which it has struck, suggests the possibility of a sluggish recovery that may require policymakers to consider additional interventions.

Adding that the current episode has already seen by far the fastest and steepest downgrades in global growth forecasts on record. If the past is any guide, there may be further growth downgrades in store, implying that policymakers may need to be ready to employ additional measures to support activity,” Ayan Kose asserted.

While WB Group Vice President for Equitable Growth, Finance and Institutions, Ceyla Pazarbasioglu asserted that, “This is a deeply sobering outlook, with the crisis likely to leave long-lasting scars and pose major global challenges,”. Ceyla Pazarbasioglu, “Our first order of business is to address the global health and economic emergency. Beyond that, the global community must unite to find ways to rebuild as robust a recovery as possible to prevent more people from falling into poverty and unemployment,” he asserted.

Beyond the staggering economic impacts, the pandemic will also have severe and long-lasting socio-economic impacts that may well weaken long-term growth prospects — the plunge in investment because of elevated uncertainty, the erosion of human capital from the legions of unemployed and the potential for ruptures of trade and supply linkages, The WB President Malpass asserted.

The WB president, the speed and strength of the recovery will depend on the effectiveness of the support programmes governments and the international community put in place now; and critically on what policymakers do to respond to the new environment.

Following the WB report, Per capita incomes are expected to decline by 3.6 per cent, which will tip millions of people into extreme poverty this year. The current projections suggest that the COVID-19 recession will involve a decline in global per capita Gross Domestic Product (GDP) by 6.2 per cent, making it the deepest global recession since 1945–46, and more than twice as deep as the recession associated with the global financial crisis, the report highlighted.

While the magnitude of the disruption will vary from region to region, all EMDEs have vulnerabilities that are magnified by external shocks. Moreover, interruptions in schooling and primary healthcare access are likely to have lasting impacts on human capital development, the WB remarked.

Consequently, the latest forecasts suggest that in 2020, the highest share of economies will experience contractions in annual per capita GDP since 1870. As per Johns Hopkins Coronavirus Resource Center, the COVID-19 has infected over 70,00,000 people and killed more than 4,00,000 across the world.

Author: Trilok Singh is with CEO at Youth Darpan media.